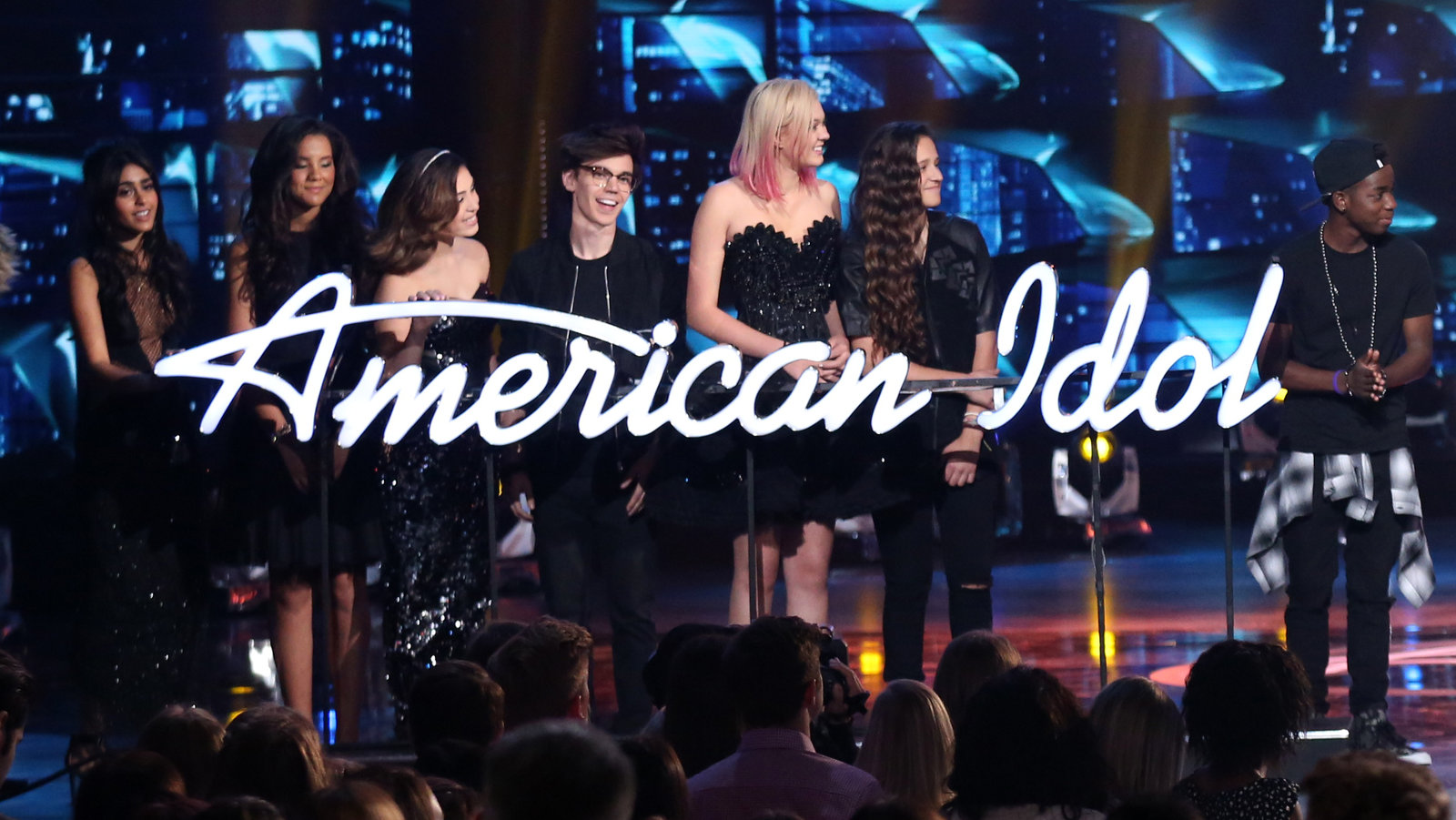 American Idol season 11 is as up in the air as the show was last summer. It's time for producers to decide if "American Idol" season 10 ratings and fan responses are good enough to keep the show intact with the new judges for the 2011 season. More importantly, it is time for Fox and show producers to let the fans know where the show will be heading in the immediate future. Nobody is looking forward to hearing another summer packed with rumors about what might be done with the format of the show or the judges' panel.

The 2011 season of "American Idol" is the first year that Steven Tyler and Jennifer Lopez have been part of the judging panel with Randy Jackson. They have been a lot better than expected in the roles, and viewers have not tuned out from the audition phase of the show. In fact, "American Idol" is back to being the top rated show on television, even taking into account that they moved away from Tuesday night's top rated drama on television ("NCIS"). That's pretty remarkable, and it shows that "American Idol" is as strong as ever as a product.

Taking a look at the ratings from the second week of episodes in 2011, "American Idol" is only down slightly in viewers from the premiere week. During the Wednesday, Jan. 26 episode, "American Idol" drew an estimated 23.8 million viewers and a 13.0 mark in the key demographic. That mark of 13.0 is really amazing, and something that Fox has to show off to their advertisers.

The Thursday numbers weren't quite as good in the 8 pm time slot, but Fox should have expected that when they decided it was a good idea to push their Tuesday-Wednesday show to Wednesday and Thursday this year. The numbers for Thursday were at 17.21 estimated rating, and a 5.8 mark in the 18-49 demographic. That was still five million more estimated viewers than any other show on Thursday night, but many shows were showing repeat episodes.

It is very clear that "American Idol" still has the viewers, even if this last Thursday saw a downturn of more than three million viewers. When the show finally gets to the competition phase of the show, or even the Hollywood week episodes, the audience numbers will probably go up again. Now it's time for Fox to become transparent about their thoughts on the future of Tyler and Lopez, and if the idea is to bring them back for "American Idol" season 11. If not, we are going to be in for a long summer of "AI" rumors, which actually might be what producers want in order to keep the show on people's minds.

I was out on a date about a month ago when I first heard of it: "Atlas what?". "Atlas Shrugged, by Ayn Rand. It's a book that basically questions the duty of the strong to help the weak".

I am no scholar, and I do live in Brazil, but it is not common for me not even to have heard about famous books. So I decided to investigate. And that is one of the interesting things about Atlas Shrugged: while the author has an institute named after her and the book was voted one of the most influential in the USA, it is almost unheard of (outside academia) elsewhere. It is so hard to come by in Portuguese, for example, that a copy of the 1987 translation recently sold for over 130 dollars on the Brazilian equivalent of Ebay. I haven't been able to explain this yet. Perhaps the novel is just too American, or just too long.

The other mystery surrounding Atlas Shrugged is why it's suddenly regaining popularity: a movie is in the making, the book is said to have become a hit with CEOs and they're even republishing it in Portuguese. What does this say about the mood of America? That's straightforward. Recession is upon us, and so people are choosing to shield themselves against hard times rather than help the rest of the world. The economic center is shifting to the right, right?

Wrong. This book will not make one Democrat become a Republican. The tension here is not along the left-right axis, but comes from the crossed wires of American politics (and other bipartisan political systems too). It is what makes Democrats and Republicans both claim the title of 'liberals' while calling each other 'conservatives'. For historical reasons the Democrats are an alliance of social (or civil) liberals and economic conservatives, while Republicans are the reverse. But in terms of values, it make more sense for civil and economic liberals to group together against both groups of conservatives: after having taken Economics 101, it's harder for the pro-choice, secular ivy-leaguer to justify Democratic populism, while creationism is hardly how Republican big business wants its workforce to be educated. What we're seeing here are the liberals (or libertarians, if that's your jargon) trying to break free.

And that's exactly what happens in the book. It's important to point this out: no character shifts from left to right in the novel, no humanitarians become egoists. What happens is that the liberals decide to abandon the good samaritan morality which they had tolerated, but in which they had never felt comfortable. And while the economic component of the book has received a great deal of attention, one musn't forget that social liberalism is there too: Atlas Shrugged is perhaps unique in that the heroine sleeps with all three of the main characters without losing her heroine status, without feeling guilty and without provoking conflict among the men.

That there is strong political tension in American politics today, however, does not mean that it will be acted upon. While I believe that liberals and conservatives will realign more consistently in the long run, this will not necessarily happen in the near future, for obvious reasons. First, the bipartisan system is too strong in the USA for a mass desertion of the two main parties in favour of the Libertarian Party to be realistic. Second, neither party leadership would be willing to risk losing the middle-of-the-road voters for the sake of a more consistent ideology.

So it seems that for the time being we'll have to accept episodes like Obama and Clinton grinding out a nomination on the basis of likeability, as the electoral base which they cannot afford to alienate has internally inconsistent values. On the Republican side we'll have to accept such walking contradictions as Mitt Romney: socially conservative mormon, but also economically liberal former management consultant.

There are other aspects of the novel that are worthy of discussion, but as these are mostly literary or philosophical, I'll leave them to other posts. As to liberal pressure being so pent-up that it is being vented through a 1200 page novel from the 60s, soon to be Hollywood blockbuster: Milton Friedman is either turning in his grave, or laughing his head off. Uncle Harry came over for breakfast this morning. I was making corn fritters with maple syrup and the aroma travelled across our snow-logged backyard into his bathroom, while he was getting a load off his mind.

He is not supposed to eat corn. The doctor told him that he has diverticulitis; he can't digest American politics either, but Harry never listens to anyone.

This morning, he walks into my kitchen looking like the cat that ate the canary.

"You know that you are not supposed to eat them." I responded.

"Everything in moderation." He said.

He had The Washington Times folded under one arm.

"That's why you have diverticulitis." I said. "You're obsessed with politics."

"I like to hit the newspaper with a bingo highlighter," he said. "The ones with the orange dots should have gone to school to learn how to train killer whales, instead of majoring in political science."

"Look, I know its gearing up for another 'snowicane,' but can't you call Dick and play cards or something, instead of reading the Times? You guys like Uno."

"What, she's on Judge Judy? The statute of limitations has run out on that one."

"No, she thinks domestic bikering in the media is setting a bad example abroad," he said.

"Why, did she whack him with a corn fritter and Al Jazeera is lobbying for a recall?"

"Nice." I said. She has a 70% approval rating, no thanks to Bill. She should know what supports one's characterization."

"Did you notice, ever since the Republicans treated Glenn Beck's chalkboard like an Egyptian Pharaoh at CPAC, the Democrats are advocating bipartisanship," he exclaimed. "And look at Bernanke's report."

"Harry, do something bipartisan and let the cat out, before he pees on your damp flip-flop."

Kara DioGuardi is leaving American Idol, and apparently, it isn't because she wants to! Reports of the shocking American Idol news are coming in from everywhere from CBS to MTV, and it sounds like the news is legit. Kara DioGuardi was apparently fired from the hit Fox reality singing competition this week, though there is no word yet on why the network has reportedly failed to renew her contract.

Kara DioGuardi was reportedly signed to a year-to-year "upon review" type of contract with American Idol. One reason behind Kara DioGuardi getting the boot from American Idol? Some speculate falling ratings may have prompted network execs to return to a three-judge panel. Mary L. of Tucson, AZ, seems to favor the change. She summed up her thoughts on the matter quite simply, saying she felt the critiques of four judges ends up taking "too much time away from the contestants."

Kara DioGuardi joined American Idol two years ago. The singer/songwriter has seen a rather successful career in the music industry, currently sitting Office of the Chairman for Warner Brothers Records. according to her Wikipedia bio, Kara DioGuardi has been "credited on over 120 album releases".

Many American Idol fans may be wondering who will replace Kara DioGuardi as American Idol judge next season, but the answer may be no one! With Simon Cowell, Ellen DeGeneres and now Kara DioGuardi out of the picture, a return to a three-judge panel will dictate only two new judges joining the show.

Top 'dawg' Randy Jackson will remain on the panel as the only original American Idol judge on the show, while rumors circulate Jennifer Lopez and Steven Tyler of Aerosmith may fill the newly open seats (People Magazine, TMZ). Friday's American Idol news may have many fans stunned, but how will it actually affect the show's ratings? We'll just have to wait until next season to find out. Stay tuned!

What do you think about today's American Idol news? Is this a smart move for the show? You can sound off on this issue in the comments section below!