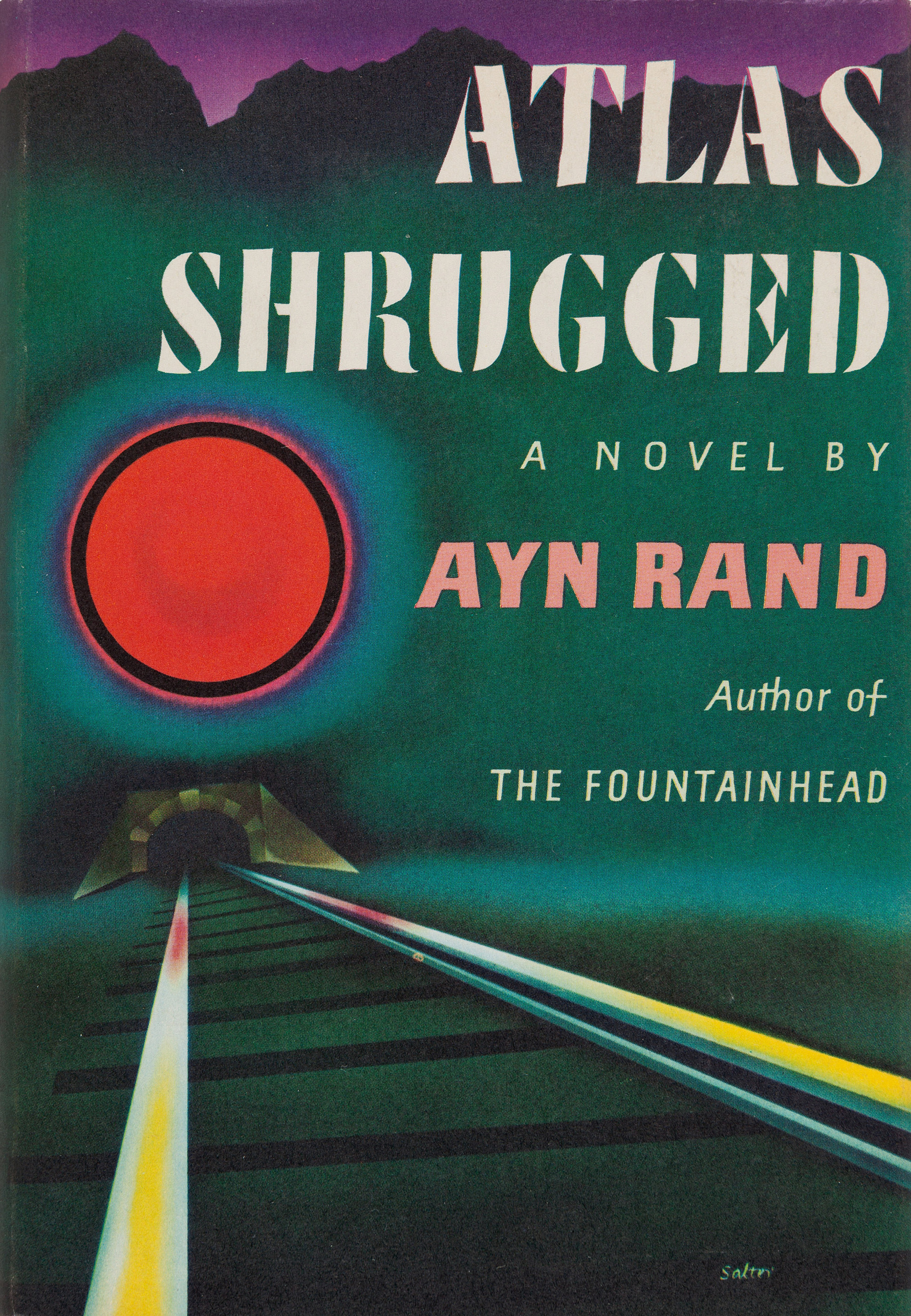 I was out on a date about a month ago when I first heard of it: "Atlas what?". "Atlas Shrugged, by Ayn Rand. It's a book that basically questions the duty of the strong to help the weak".

I am no scholar, and I do live in Brazil, but it is not common for me not even to have heard about famous books. So I decided to investigate. And that is one of the interesting things about Atlas Shrugged: while the author has an institute named after her and the book was voted one of the most influential in the USA, it is almost unheard of (outside academia) elsewhere. It is so hard to come by in Portuguese, for example, that a copy of the 1987 translation recently sold for over 130 dollars on the Brazilian equivalent of Ebay. I haven't been able to explain this yet. Perhaps the novel is just too American, or just too long.

The other mystery surrounding Atlas Shrugged is why it's suddenly regaining popularity: a movie is in the making, the book is said to have become a hit with CEOs and they're even republishing it in Portuguese. What does this say about the mood of America? That's straightforward. Recession is upon us, and so people are choosing to shield themselves against hard times rather than help the rest of the world. The economic center is shifting to the right, right?

Wrong. This book will not make one Democrat become a Republican. The tension here is not along the left-right axis, but comes from the crossed wires of American politics (and other bipartisan political systems too). It is what makes Democrats and Republicans both claim the title of 'liberals' while calling each other 'conservatives'. For historical reasons the Democrats are an alliance of social (or civil) liberals and economic conservatives, while Republicans are the reverse. But in terms of values, it make more sense for civil and economic liberals to group together against both groups of conservatives: after having taken Economics 101, it's harder for the pro-choice, secular ivy-leaguer to justify Democratic populism, while creationism is hardly how Republican big business wants its workforce to be educated. What we're seeing here are the liberals (or libertarians, if that's your jargon) trying to break free.

And that's exactly what happens in the book. It's important to point this out: no character shifts from left to right in the novel, no humanitarians become egoists. What happens is that the liberals decide to abandon the good samaritan morality which they had tolerated, but in which they had never felt comfortable. And while the economic component of the book has received a great deal of attention, one musn't forget that social liberalism is there too: Atlas Shrugged is perhaps unique in that the heroine sleeps with all three of the main characters without losing her heroine status, without feeling guilty and without provoking conflict among the men.

That there is strong political tension in American politics today, however, does not mean that it will be acted upon. While I believe that liberals and conservatives will realign more consistently in the long run, this will not necessarily happen in the near future, for obvious reasons. First, the bipartisan system is too strong in the USA for a mass desertion of the two main parties in favour of the Libertarian Party to be realistic. Second, neither party leadership would be willing to risk losing the middle-of-the-road voters for the sake of a more consistent ideology.

So it seems that for the time being we'll have to accept episodes like Obama and Clinton grinding out a nomination on the basis of likeability, as the electoral base which they cannot afford to alienate has internally inconsistent values. On the Republican side we'll have to accept such walking contradictions as Mitt Romney: socially conservative mormon, but also economically liberal former management consultant.

There are other aspects of the novel that are worthy of discussion, but as these are mostly literary or philosophical, I'll leave them to other posts. As to liberal pressure being so pent-up that it is being vented through a 1200 page novel from the 60s, soon to be Hollywood blockbuster: Milton Friedman is either turning in his grave, or laughing his head off.