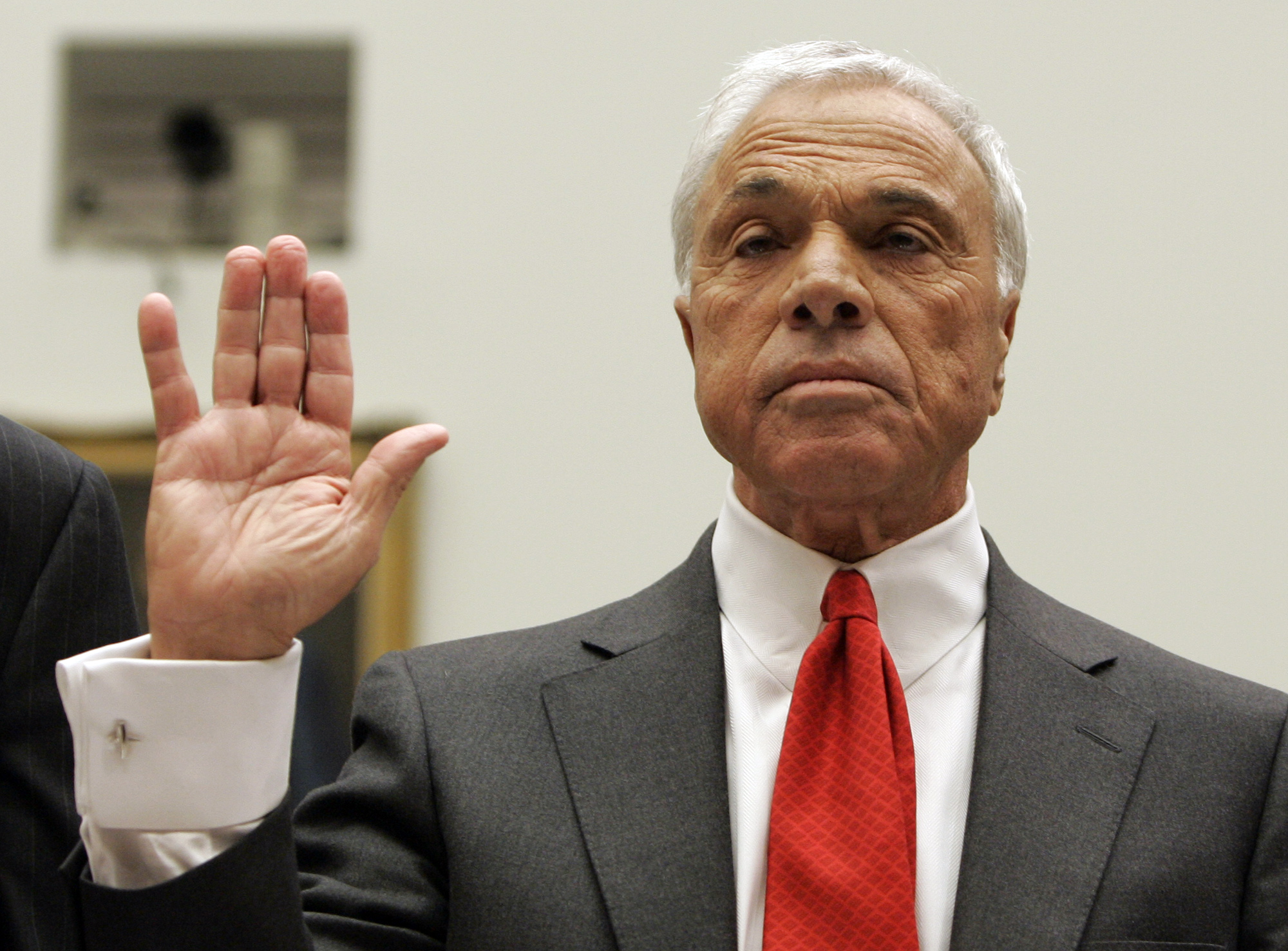 I suppose you really can't blame Angelo Mozilo for the sharp down turn in the Housing Market, not that the founder and CEO of Countrywide Financial didn't make a pretty penny by selling off about $130 million worth of Countrywide stock before the stock began to tank. Oh, and don't forget to add to that the $23.8 million he will net from a pension and retirement plan. It's the kind of compensation that has the 69 year old Mozilo testifying before House Oversight and Government Reform Committee. Though Mozilo seem to have timed the sell off of his stock just perfectly, he told Congress today that no one could have predicted the housing industry's problems. Congress for the most part treat him with kid gloves.

Regardless of what Mozilo had to say today, the fact that the equity in my own Orlando based home has dropped by $150,000 has little to do with Mozilo, after all, we live in a free market economy and I am a big boy. I am also bright enough to crunch numbers, or at least my Engineering degree says I am, and whatever decisions I have made with regards to my home have been my own.

Five years ago I bought my property for $79 a square foot. It was a marvelous buy, mostly because the houses around it were going for $100 a square foot. At the time I remember telling my wife that the house would probably appreciate about $60,000 in the next five years. I wasn't far off, it has appreciated $75,000. What I did not foresee was the wild ride the Housing Market would take along the way. It was a ride that had the house up by about $225,000 a little over a year ago.

Today, I have my mortgage guy coming by to drop off some loan papers on my latest refinance, since I was able to lock in at a 5.25% rate on the one day that the rates dipped that low in January. At the time we had talked about keeping my $40,000 credit line open, and he said it would be no problem, after all, the last time he had looked at an appraisal my house was up $225K. Well, because of the drop in the market the new appraisal came in $150K low, and we were left to scramble to put together a smaller line of credit.

Throughout all of this I did not think of Mozilo once. I did not blame anyone for the wild ride the market went on, or for the fact that I could have sold my house at the peak of the frenzy. The one thing I did do was consider myself lucky that I had made a wise investment five years ago, and that I had kept my debt to a minimum in the five years that followed.

If after the hearing the public wants to label Angelo Mozilo the new Kenneth Lay that is their business. Perhaps it would make them feel better for errors in judgment on their part. Either way, I am sure Mr. Mozilo will not care. He will be too busy enjoying the monies received for the stocked that he cashed in. After all, isn't that the America dream everyone is entitled to the same dream?